1. What happend in the history of Apple?​

As a company focusing on the research, development and sales of electronic devices, Apple initially gained a large number of users with extremely user-friendly mobile phones and computer devices. Subsequently, Apple continued to improve its technological capabilities and launched a variety of technological innovations such as full-screen, facial recognition and self-developed chips. In addition to technological research and development of electronic devices, Apple is also actively exploring new growth drivers:

2. How does Apple make Money?​

Apple Inc., headquartered in California, is one of the largest information technology companies in the United States. Its main business is designing, developing and selling electronic products, applications and value-added services. There are three main sources of revenue for Apple: 1) Product sales revenue: mainly from hardware devices such as iPhone and Macbook; 2) Service fees: mainly from Apple Pay and AppStore, and subscription fees from Apple Care, Apple Music and advertising etc. 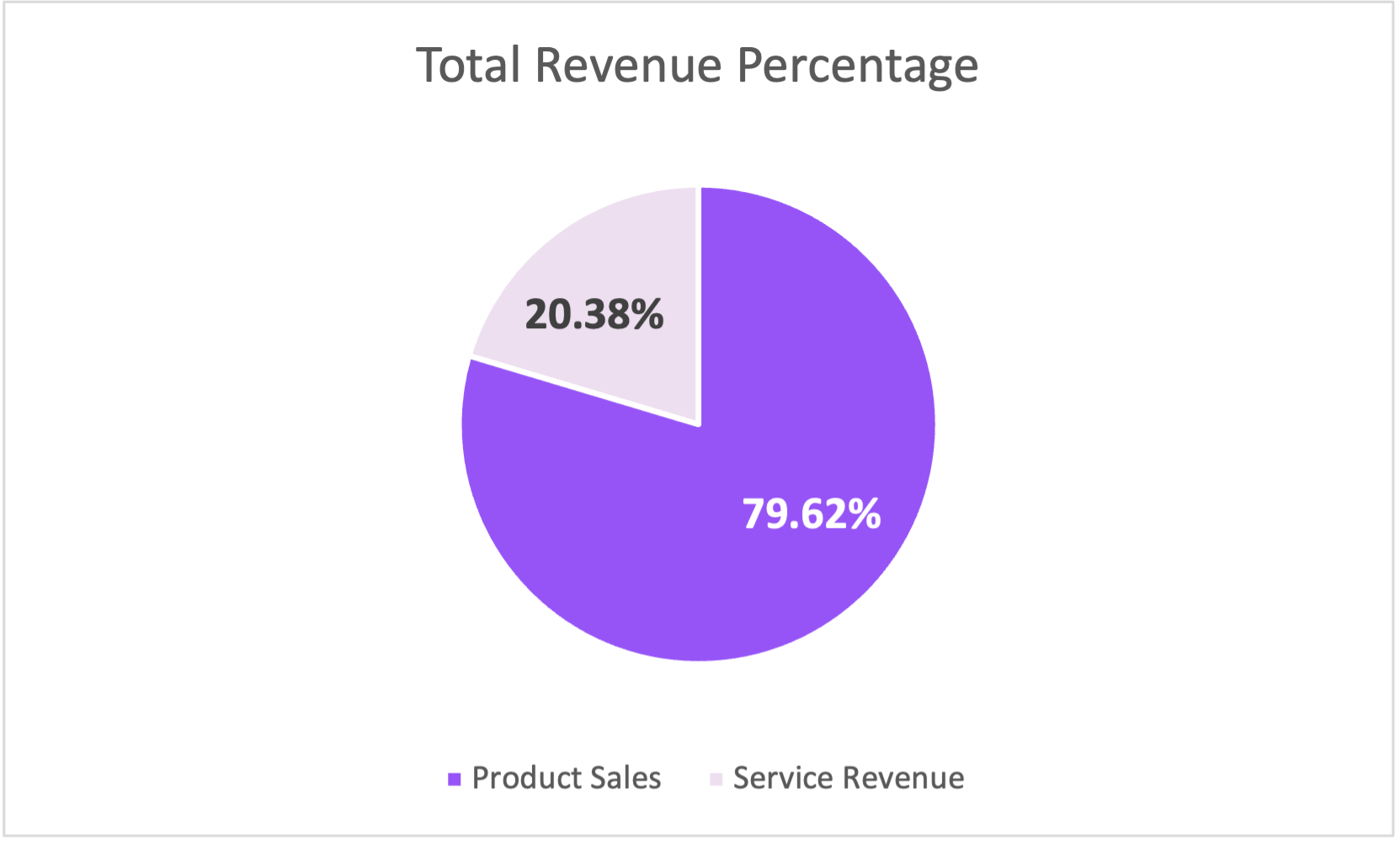 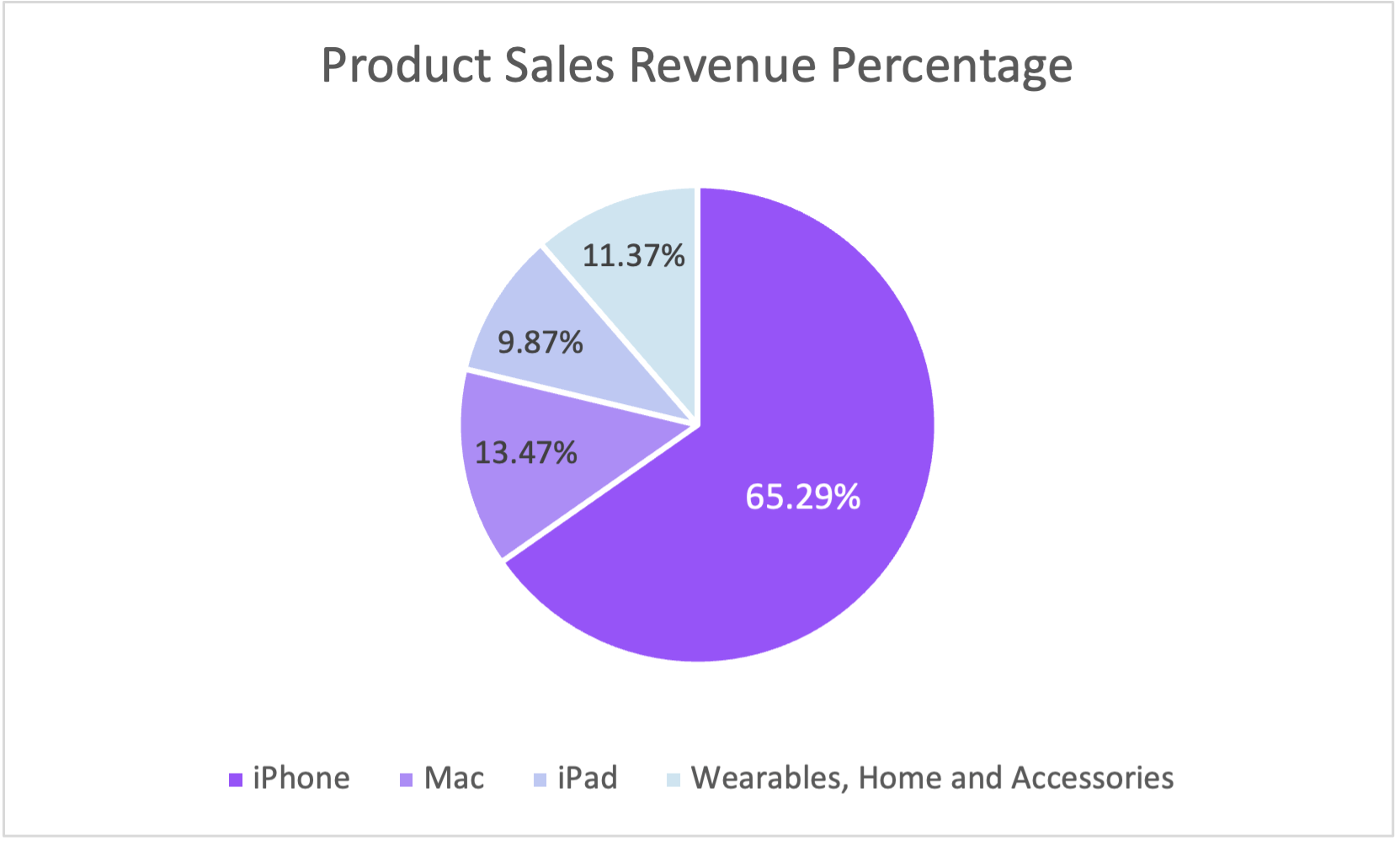 The market focuses more on the company's profitability, namely its product sales and service fee revenue from the App Store. The factors that affect the composition of Apple's revenue, and thus influence its stock price, are:

Observable indicators that affect the above factors include:

The amount of SKUs is one of the important core indicators of Consumable Industry companies. Apple, as a company whose main business is electronic product consumption, is no exception. The increase in the number of SKUs means that Apple continues to develop market segments, broaden usage scenarios, and increase user purchase frequency; For example, the launch of Homepod has expanded Apple's home audio usage scenarios, and the launch of Airpods has broadened the user market of Apple products, so that the purchase of additional products is no longer limited to users in Apple systems. Therefore, the number of SKUs increases, then the company has opened up new segments. The market effect is higher than expected, the number of customers would increase significantly, and the CAC will decrease, the repurchase rate increase, the growth rate of net operating income is accelerated, and the stock price will increase

Major technical improvements will bring significant improvements to Apple's product functions and user experience, thereby increasing the repurchase rate and sales of products, and giving product prices ample space for price growth. For example, Apple recently launched its self-developed M1 chip, which is installed on its own devices. In terms of products, the functions of Mac and other devices have been greatly improved. As of the first quarter of Apple's fiscal year 2022, Mac's quarterly revenue reached 10.9 billion US dollars, and the revenue was the best record in past 6 quaters. Therefore, excellent technological innovation will greatly improve Apple's products sales, repurchase rates, which drive up revenue and stock prices.

In addition to directly affecting the company's product sales revenue, the number of purchased users will also affect the revenue generated from value-added services and the level of advertising fees Apple charges in the software system. ApplePay and other service fees charged to merchants based on GPV, with the growth of the number of users, take rate will also have more space to rise, which will promote the rise of revenue and stock price