2022 begins with the smartest people in the world talking about Bored Apes. Bored Apes is NFT, short for non-fungible tokens.

This NFT trend started from a few crypto enthusiasts, then this NFT capitalism came to Wall Street, and now, influencers and celebrities around the world are all talking about "Sweeping the Floor". It has become such a big social media hit that overnight everyone wants to have their stylish digital collection. It is now both a fascinating world and a business sector that is expected to reach USD 122.43 Billion by 2028. Whether NFT is believed to be a hype or a real innovation, its growth is unstoppable. 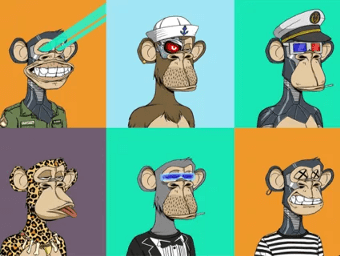 It is OpenSea, the U.S.-based NFT online marketplace, that has made the most out of NFT. OpenSea is estimated to hold 97% of the NFT market and was recently valued at $13bn.

The title of champion is not easy to retain. Since the announcement of the OpenSea IPO, the NFT community and Web3 residents have been increasingly dissatisfied with it. Several emerging NFT trading platforms continue to challenge it, attempting to grab a piece of cake from the NFT market.

In December 2021, Opensea had its first CFO, Brian Roberts, former CFO of Lyft. As soon as he took the job, the CFO announced his new plan, an IPO for OpenSea. OpenSea implementing IPO, a traditional and natural route for a fintech company that is in its lightening growth, met with criticism and even backlash from the OpenSea user community.

Keep in mind that OpenSea users also tend to be crypto natives. In their point of view, OpenSeathe is the largest and most successful NFT marketplace, it should have met the users and residents of the Web3 community's demand and issued a token, instead of embracing the traditional equity market of Web2 and handing over the profits to institutional investors.

Speaking of Web3, let's talk a little bit about what on earth is Web3.

Web3 was first proposed by Gavin Wood, the co-founder of Ethereum and founder of Boca in 2014. He sees Web3 as a set of inclusive protocols that will make the Internet more decentralized, verifiable, and secure. Web3's vision is to have a serverless, decentralized Internet, that is, users have full control of their own ID and data, and people could use a single personalized account for any kind of digital presence. As the Web3 concept gained popularity, the idea that content and data should be created and owned by users has also become popular.

In the view of users, OpenSea has turned its back on the promise of Web3 and community residents once it went PUBLIC. It is not much different from Amazon in the Web2 world, just changed the commodity from every day consumer goods to digital NFT. 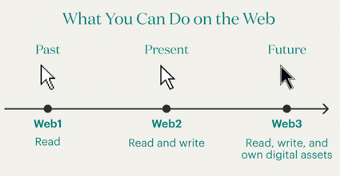 The community's criticism toward OpenSea also has something to do with its awkward oscillation between Web2 and Web3.

Unlike Coinbase and Binance, which were openly centralized in the first place, NFT transactions take place through digital wallets on blockchain. Naturally, OpenSea built its wallet system on the blockchain. "We want to create a decentralized market for NFT," OpenSea co-founder Devin Finzer said in an interview. For the OpenSea community, it was initially seen as a leader and crypto dweller in the New World of Web3.

However, OpenSea, the platform itself, is not built on a chain. It is more of a "middleman" sandwiched between the old and new worlds. This awkward structure makes the operation and governance of OpenSea controversial. On the one hand, it wants to be open like a decentralized platform, so there is no review and monitoring when users publish NFT. On the other hand, it can remove users' NFT or block their accounts in a very centralized way.

The open strategy of OpenSea​

In May 2018, OpenSea raised $2 million from strong backers including 1Confirmation, Founders Fund, Coinbase Ventures, and Blockchain Capital. Rare Bits, its biggest competitor, which had raised $6 million at the time, was backed by Spark, First Round, and Craft.

Richard Chen, a partner at 1Confirmation, talks about their initial investment in OpenSea. "Rare Bits raised more money from VCs, but they didn't know as much about NFT as the OpenSea team," he says. "The founders of OpenSea were very motivated. I remember them working and living on Discords, connecting every NFT project to bring them on OpenSea." 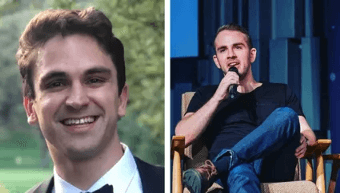 In order to have more NFT assets on the platform and maintain broader openness, OpenSea follows an "open market" strategy.

Strategy No.1: No review for NFT Publishing. Every user can publish NFT directly on OpenSea, including images, songs, or other digital forms. This approach greatly expands the supply of NFT, attracting users in the primary and secondary markets. 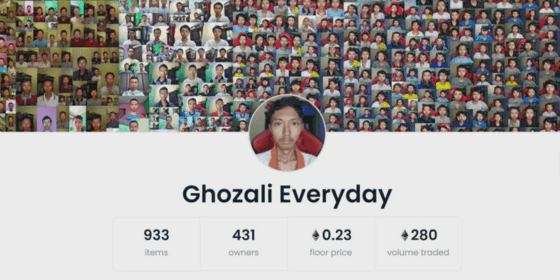 Strategy No.2: A wide variety of assets. With low barriers to entry and the team's early involvement in the NFT community, OpenSea has allowed the widest range of offerings, including artwork, music, domain, virtual worlds, trading cards, collections, sports, and physical items.

Unlike stocks and digital currency, NFT is a unique form of crypto asset that guarantees creators' copyright but also suffers from poor mobility. Only the marketplace that has the most NFT items can attract users' attention. Guided by the open market strategy, OpenSea has built a large base of users, having its moat early in the industry.

However, as the NFT market boomed in 2021, OpenSea's original strategy began to face the challenge of increasing spam and fraud.

An OpenSea user Moxie once told an interesting story. He created an NFT using his own photos and sold them on OpenSea. In accordance with OpenSea's openness principles, no verification should be executed on his NFT.

So, Moxie deliberately set the image to look different for different IP addresses. In other words, the image a user sees on OpenSea is completely different from the image they actually are after they buy it. And when got detected, OpenSea removed Moxie's NFT, an act that obviously what a "centralized" platform would do in such a scenario.

In addition to fraud, the OpenSea platform's lag, outages, and high Gas fees on Ethereum are usually be joked about by its users. Users even give it the name "ClosedSea" because of its frequent Crashdown.

These problems not only reflect the problem of OpenSea's business strategy but also indicate that in the crazy wave of the NFT market, OpenSea's product innovation iteration has not kept pace with the market itself.

Let's circle back to the discussion of Web3 discussion. A question needs to be answered is, what should Web3 look like? 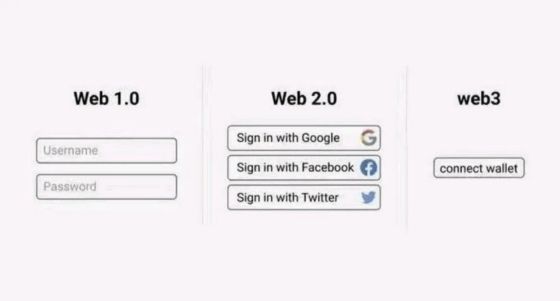 The concept of Web3 was first brought up because users had become tired of the monopoly, closed-loop and centralized ownership of the Internet. Tech giants, in order to maximize their own interests, adopt various ways to lock up user traffic in their own ecosystem, which has greatly hindered the innovation and development of Internet itself. On the other hand, giants are making advantage of user-generated content, accounts, and data without consent, and have long taken it for granted. Not only do users not get a single penny from it, but they are also unfairly at risk of data leaking and privacy troubles.

To curb the growing power of these digital giants, Web3 apps emphasize decentralization, where they claim that content and data belong to users, and let users benefit from their digital labor and dedication.

However, this idea of Web3 might be too idealistic for now. With blockchain technology, real decentralization often means inefficiency and poor user experience. OpenSea is a classic example of how every application and company has to torture between decentralization and efficiency.

Speaking of the problem of insufficient decentralization that Web3 applications face, Ethereum founder Vitalik believes that the real Web3 world should have a continuous transition spectrum, with many transition states adapting to different scenarios. The stage of interim is still missing today. That said, since companies are unlikely to go from centralized to decentralized directly, Web3 applications should be given more time to develop.

In addition, is digital currency the only way to accomplish Web3? The crypto industry creates a freer ecosystem of no trust, no permission, anonymity, and no data disclosure, but it also means insecurity and little regulation. Many companies that issue tokens cannot ensure the security of users' assets.

Both equity and token are just a form of incentive to contribute to the product and the company. If OpenSea sticks to the IPO plan without issuing tokens. After listing, in addition to the equity share of investors and the company team, it could allocate equity to the user community based on the transaction data of the users on the chain, similar to the employee incentive plan, and make the whole mechanism completely open and transparent. Users get the benefits they deserve, while their assets get protected under the supervision of the secondary market. Isn't this another centralized + decentralized mixed way of Web3? It seems that digital currency may not be necessary to make Web3 come true.

Web3 should not be a castle in the air, nor can it be a utopia. Which is the real problem here? Anonymity? Efficiency? Security? Data ownership? Or revenue? Everyone might think twice before rushing into it.